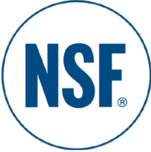 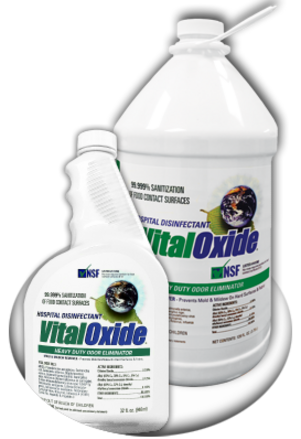 Q: Is chlorine dioxide (ClO2) some kind of bleach?

A: No. While chlorine dioxide has chlorine in its name, its chemistry is very different from the corrosive chemistry of chlorine bleach. The primary differences are that chlorine dioxide is less caustic, safer and gentler than bleach and many other antiseptics and antimicrobials, plus it remains effective under organic load.


Q: What does it mean that a disinfectant product is "green"?
A: USEPA is currently reviewing the way third parties will be able to carry "green" claims on all disinfectant labels. EPA policy at this point does not allow "green" claims to be placed directly on any disinfectant product's label. While Vital Oxide is mild on skin, hard surfaces, and fabric, and will certainly qualify for "green status" when the designation is allowed, we can not advertise this claim until it is permitted by the EPA. VO is also a powerful disinfectant able to kill some of the toughest and most resistant forms of bacteria and mold. The chemical composition of Vital Oxide is such that it has a minimal impact on the environment and contains no ozone harming volatile compounds(VOC). Further, chlorine bleach produces harmful by-products to the environment including trihalomethanes (THM) and haloacetic acids (HAAS). Vital Oxide breaks down to a simple salt, produces no harmful by-products.


Q: I see that Vital Oxide is used in schools and hospitals, but can I use VO at home?
A: Yes. Vital Oxide is an excellent disinfectant to use around the house. Some of the best places to use Vital Oxide at home are in musty basements, in bathrooms where mildew has accumulated (or on surfaces to protect against mold and mildew), and in the kitchen to keep food surfaces clean. Vital Oxide has also been tested on carpets and can be used around the house to sanitize carpets.